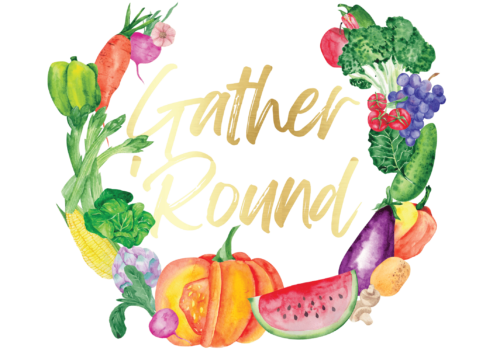 Our signature fundraiser Gather ‘Round has been a DUG tradition for the last 10 years, marking the end of harvest season as we gather together to give thanks for another bountiful year in the garden.

This year’s event is bringing together DUG’s diverse community members to delight in a garden-to-table-inspired three-course dinner curated by acclaimed Denver chef Dana Rodriguez, be inspired by our fabulous keynote speaker Stephen Ritz, learn more about the impact of our gardens and programs, bid to win our fun and unique silent auction items, and of course boogie down on the dance floor with our live band.

Get Your Tickets Now

Please note that due to rising case numbers of the Delta variant of COVID-19, all guests must provide proof of vaccination or present a negative COVID-19 test result (taken no later than 48 hours before event) upon entry to the venue. In the case that City/State Public Health mandates enacted in the future restrict us from coming together in person, Gather ‘Round will be held as a virtual event (with more details to come once/if needed.) 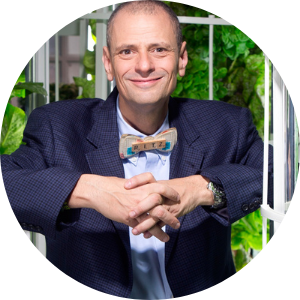 Stephen Ritz is a South Bronx educator who believes that students should not have to leave their community to live, learn, and earn in a better one. An internationally acclaimed award-winning educator, Stephen is the author of the best-selling book, The Power Of A Plant, and founder of Green Bronx Machine. Known as “America’s Favorite Teacher,” Stephen is responsible for creating the first edible classroom in the world, which he has evolved into the National Health, Wellness and Learning Center. He and his students have grown more than 100,000 pounds of vegetables in the South Bronx, and in the process, Stephen has moved school attendance from 40% to 93% daily and helped provide 2,200 youth jobs in the Bronx.

Stephen was a Top Ten Finalist for the Global Teacher Prize, named Global Humanitarian, Food Tank Hero, TEDx Prize Winner and a Global Food Educator, and has presented at the Obama White House three times. A replica of his classroom was installed in the US Botanic Gardens in Washington, DC. His curriculum is being used in hundreds of schools across the United States, and internationally from Colombia to Dubai, from Canada to Cairo, to Doha, and beyond. 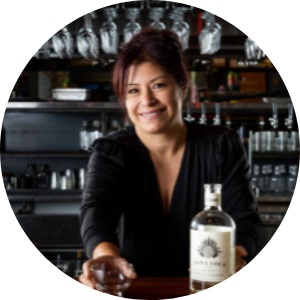 If you met Dana Rodriguez on the street, you’d never know that she grew up on a farm without any running water or electricity, or that she helped her mother grind corn down to masa to make tortillas almost every day at mealtime. You certainly wouldn’t guess that she studied computers or owned her own clothing boutique in her native Chihuahua, Mexico. Indeed, Dana has made quite a journey.

What you WOULD know if you met her, is that she is immediately engaging—her friends and nearly everyone in the restaurant industry know her simply as “Loca.” Loca is the kind of woman who fills a room the instant that she enters it—her laugh carries above the noise, and you know immediately that you are in the presence of a salt-of- the-earth woman who knows above all else how to cook, and how to work hard.

After vacationing and visiting family in Colorado twenty years ago, Dana decided to stay in the state and applied for a job at Panzano, an upscale Italian restaurant in the Hotel Monaco. From dishwasher to prep cook, through pasta making and the bakeshop, and finally as a sous chef at Panzano, Dana worked her way through the ranks,  becoming a sous chef at Rioja and Chef de Cuisine at Bistro Vendome.

In late 2014, Dana launched Work & Class in RiNo. In 2018 sister restaurant Super Mega Bien opened; Dana has most recently ventured into the world of small-batch mezcal and tequilas with the launch of Doña Loca.

With thanks to our generous sponsors

Want to keep it simple? Donate to DUG and power our work.

Make a donation to DUG in your comfiest garden gear while enjoying these late summer garden evenings. Take some time to relax (or tend to your garden!) and give thanks for your food and your harvest. You can save the formal wear for next year and feel good knowing 100% of your tax-deductible donation goes directly to support DUG’s mission.

Give Now
Help us steward a healthy and thriving metro Denver. 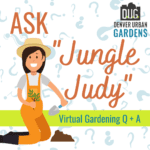 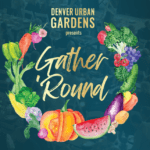 Denver Urban Gardens and its staff and board honor the land on the unceded territories of the Ute, Cheyenne, and Arapaho peoples.

May our stewardship of this land demonstrate our commitment towards dismantling ongoing legacies of oppression and inequalities as well as recognizing the current and future contributions of indigenous communities in Denver.