A community garden in Triangle Park: Envisioning its long-term potential

In the warming days of June 2014, a new community garden will come to life in Triangle Park (previously known as Eddie Maestas Park). Located at Park Avenue and Lawrence Street – and bordered on all three sides by major intersections and busy streets – this garden will be in the midst of a sizable population of Denverites experiencing homelessness, as well as related service providers including The Saint Francis Center (SFC), the Cornerstone Residences at The Saint Francis Center, The Denver Rescue Mission, The Samaritan House and Colorado Coalition for the Homeless. Each of these organizations works with individuals currently experiencing homelessness or those who are currently transitioning or have previously transitioned out of homelessness.

During a community meeting hosted last fall by project managers from Denver Parks and Recreation, many community members saw and provided meaningful input on the draft site plans for the newest iteration of Triangle Park. Glen Carney, a resident at the Cornerstone Residences at the SFC compiled a petition to have beehives at the garden and collected 80 signatures in support of this initiative. Accordingly, space for two beehives was added to the site plan in collaboration with EarthLinks, a local non-profit that provides a work program for people who are homeless or low-income. Further community feedback led to the addition of more raised beds to the garden, as well as ideas for integrating community-generated art. Tom Luehrs, Executive Director of The Saint Francis Center and long-time advocate for Denver’s homeless says, “I believe the garden on the site of Triangle Park can be a place of transformation, both for the space and ground, as well as those people in our community who are homeless. As the ground is transformed and yields its bounty, those who work the soil will be transformed by their hard work and dedication to this small plot of land.”

Luehrs’ sentiment is echoed throughout the neighborhood; it is hoped that the community garden will be a place for both physical and social change. The new community garden will serve many in the neighborhood who are food insecure: there will be plots for individuals and families as well as areas that are dedicated to the surrounding organizations and their ongoing work with their clients. The SFC plans, with the help of clients, to grow food to share with others both in their homes and in local shelters. It will be a priority that this community garden be a welcoming and inclusive space for all, with a significant number of the garden plots available for cultivation and care by individuals currently experiencing homelessness.

Though community partners and gardeners alike will be collectively working toward creating positive change at Triangle Park, everyone understands that this will be a challenging process that will take continual, intentional work for years to come. Carney, who is also serving as a garden leader at the community garden, says, “The project on a grand scale is certainly not the ‘be all to end all’ when we consider the obstacles to contend with. However, the positive influence of the effort to build or improve the community is visionary in scope.”

Carney alludes to the troubled past that has long been associated with Triangle Park. While it was meant to offer a place of rest for people waiting to receive services at one of the nearby centers and a gathering place for homeless individuals, it unfortunately became a place where a vulnerable population often suffered from violent crime and predatory drug dealers. Long-time resident and community activist John Hayden expressed, “My hope for the new community garden in Triangle Park is that it will transform a space that has been dangerous for the community into a space that is nurturing for the community. The members of our community who are experiencing homelessness have been particularly impacted by the condition of Triangle Park because they have to pass by it to access the nearby shelters. The homeless will see the greatest benefit from the changes to the park because in a very real sense the streets, sidewalks and parks are their home. Ensuring that these spaces are safe and nurturing is essential to helping those who are experiencing homelessness.”

The homeless will see the greatest benefit from the changes to the park because in a very real sense the streets, sidewalks and parks are their home. Ensuring that these spaces are safe and nurturing is essential to helping those who are experiencing homelessness.

Through the new community garden at Triangle Park, DUG, in partnership with local service providers, residents, and individuals experiencing or transitioning from homelessness, is actively working to create a community space that will be safe and nurturing for everyone involved. Our hope is that by providing people with a means to grow their own food together, they will deepen their connections to the neighborhood while increasing their own food security. When Carney looks ahead, he sees why the focused work at Triangle Park will make a difference: “The promise/hope of the community is that ‘yes’ we can make a change today for the good of tomorrow. We are not powerless, what we say and do empowers us, it does matter. What ever it is we desire from life, we must be willing to invest into life.”

We are not powerless, what we say and do empowers us, it does matter. What ever it is we desire from life, we must be willing to invest into life.

Back to The Underground News: Spring 2014

DUG is hiring a Development Director! 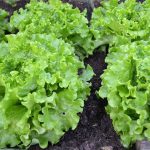 Season Extension for a Fall Garden 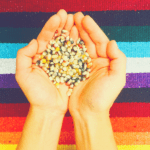 Cannot get other user media. API shut down by Instagram. Sorry. Display only your media.

For important information and resources on COVID-19CLICK HERE
+